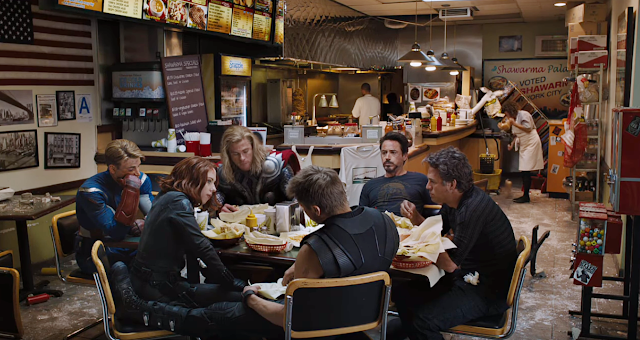 The Avengers are one of the most successful movie franchises of all time. The superhero team has been a Marvel Comics’ staple, and with good reason.
Here are 42 heroic facts about The Avengers :
Eyes On The Prize
Age Of Ultron’s trailer received over 34 million views in 24 hours, making it the highest viewed Marvel movie trailer of all time.
Whoa
Age Of Ultron has over 3,000 visual effects in the film, making it the movie with the most visual effects ever. The previous title holder was Guardians Of The Galaxy.
Girl Power
Thor’s hammer Mjolnir is said to be only wielded by those who it deems worthy, and wouldn’t you know it, Black Widow is worthy. In Age Of Ultron, everyone but Black Widow tries to lift the hammer and fails.
Incredible Coincidence
Mark Ruffalo was director Louis Leterrier’s first choice to play Bruce Banner in The Incredible Hulk. Leterrier said Marvel told him to cast Edward Norton because he was “more famous.”
Hulking Physique
The Hulk’s body was modeled after Long Island bodybuilder and male stripper Steve Romm. The Hulk’s face was modeled after Mark Ruffalo’s, which makes sense.

Training Days
Jeremy Renner, while preparing for the role of Hawkeye, got training from Olympic archers. Though Renner is left-handed, he needed to shoot the bow ambidextrously in the films and can be seen shooting with both hands.
Shawarming Up To It
After the movie was released in theatres, shawarma sales in Los Angeles, St. Louis, and Boston went through the roof. This is accredited to the scene where the team grabs a bite at a shawarma shop.
Comic Book GOAT
The first film, The Avengers beat out the previous highest-grossing film comic book film of all time, The Dark Knight. It’s currently the 5th highest-grossing film of all time, with the sequel The Avengers: Age Of Ultron sitting at number 7. Two top 10 grossing films of all time in the same franchise, safe to say there will be plenty more Avengers films.
Exodus
By issue 16, The Avengers underwent their first major roster change. Iron Man, Thor, The Wasp, and Ant-Man all left the team. Only Captain America stayed, and brought on Hawkeye, Quicksilver, and Scarlet Witch; all of which had been portrayed as villains in earlier appearances.
Captain Who?
Captain America is the leader of The Avengers in the movies, as well as the comics. The Captain didn’t actually join the team until their fourth issue.
Witch Way
Scarlet Witch once became pregnant after getting involved with The Vision, despite him being an android. It was later revealed that Scarlet Witch had created her children using her magical mutant powers.
Download Nulled WordPress Themes
Download WordPress Themes Free
Premium WordPress Themes Download
Download Best WordPress Themes Free Download
online free course
download huawei firmware
Premium WordPress Themes Download