Movie directors are tasked to spoil us with visuals that are meant to captivate and enthrall. In movies, there are sometimes scenes that are so creatively shot, they stay on our minds long after they end. In some cases, you need to pause the movie and re-watch it, in order to appreciate it more closely.
Sometimes, all it takes is a single scene to change moviemaking for good.  And while many of the last quarter-century’s films have awed, inspired, and offered up iconic entries into the cultural canon, only some have genuinely influenced how future films were made.
Here are some of the most breathtaking scenes in cinema history that make us want to watch them again and again :
The Final Scene in ‘Psycho’ 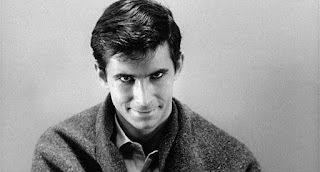 Nothing screams psychological horror and trauma like a film by Alfred Hitchcock. His 1960 film, Psycho, may be known for the shower scene, but there’s another scene in the film that causes chills to run down our spine. Towards the end of the film, Norman Bates stares right into the camera, and if you pause the movie, you can really see a skull that is superimposed quickly onto his face. It may be imperceptible to some, but if you manage to spot it, the scene is haunting.
PREV