British actress Emilia Clarke was born in London and grew up in Berkshire, England. Her father is a theatre sound engineer and her mother is a businesswoman.
Emilia Clarke rose to prominence thanks to her role in Game of Thrones as Daenerys Targaryen aka the Mother of Dragons. Since appearing on our screens as the ‘Stormborn’ breaker of chains, Clarke has also starred in a number of films including Me Before You and Solo: A Star Wars Story.
Scroll down below to find out some crazy things you didn’t know about Emilia Clarke

Her love for acting came at a very young age. 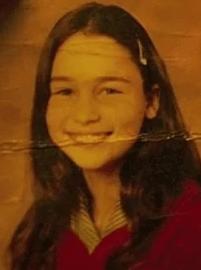 Emilia Clarke was destined to become an actress. She wanted to be a performer since she was just 3 years old!  Open Next Page To See More