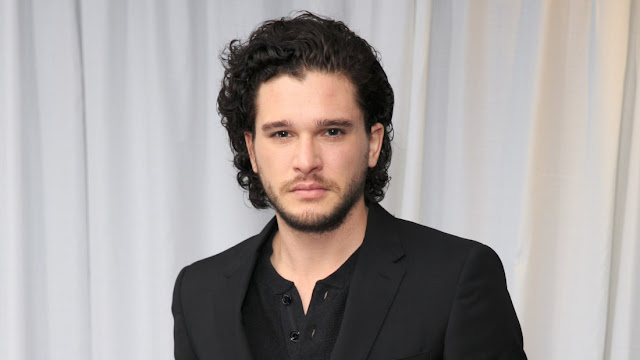 Everyone knows Kit Harington for his role as Jon Snow in Game of Thrones. But there’s probably a lot you don’t know about the London-born actor,

Let’s see some Crazy facts about him!

1. He’s A Huge Fan Of Horror Movies :
“Kit Harington” :
“I love horror movies. I really do, I’m a big horror movie fan… I can tell you what my favorites are. I love The Shining. I love The Wicker Man… I love The Ring. I love [David] Lynch as well. I could not get through  Inland Empire. I tried to watch that movie three or four times. I can’t get through it. It’s too scary. It starts freaking me out and then when it goes black and white … too much, too much. I’ve never even tried to watch Eraserhead. I think it would be too much for me. I love Mulholland Dr., but even that kind of got to me at times.”
2. Kit Also Loves Harry Potter :
He told CNN:
“I kind of wanted to audition for ‘Harry’ when it was first being done but I think I was a year too old.”
3. He Showed Up To His Game Of Thrones Audition With A Black Eye.
He told the Daily Mail:
“I had a black eye as I’d been in a scrap. But I think it might have helped. You know, ‘Who’s the kid with the black eye?’ I was completely new to them, but I looked the part – still had the black eye.”
Show creator D.B. Weiss also remembers that first audition, telling Rolling Stone he remembers whispering to co-creator David Benioff: “This is what Jon Snow looks like, please let this kid be good.”
4. He Is Only 5’8″ :
Though Harington is a force to be reckoned with on Game of Thrones, the actor is actually only 5’8″.  He once recalled a story about how a woman “came up to me at a bar and said ‘OMG OMG you look just like Jon Snow.’ and I said ‘Well, I am.’ And she was like, ‘Nah, he’s much taller than you.'” LOL
5. His Real Name Is Actually Christopher Catesby Harington :
He may be known the world over as Kit, but his real name is actually Christopher Catesby Harington.
Go to the next page for the remaining Facts!!!
12Next
Free Download WordPress Themes
Download WordPress Themes Free
Free Download WordPress Themes
Download WordPress Themes
download udemy paid course for free
download coolpad firmware
Download Best WordPress Themes Free Download