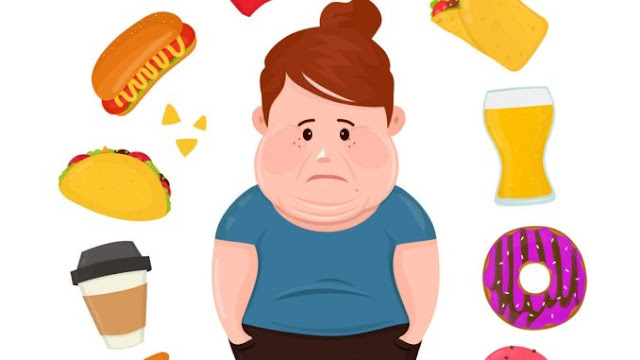 You may be unintentionally harming your health and keeping on extra weight through habits you don’t even consciously notice. As it turns out, there are many habits that seem fine on their face but are really sneakily adding pounds to your body, and also keeping on extra weight increases your risk of illnesses like diabetes, cancer, and heart disease.

Here are 7 ways you may be sabotaging yourself without even realizing it :

We all been buying low-fat foods because they are marketed as healthy, but the fact is quite the opposite. Foods that have had their natural fat removed may have fewer calories, but that fat is replaced with sugar and different chemical additives that are truly way dangerous.

Watching TV While You Eat

When you watch television, you’re not completely focusing on anything else that you’re doing, and this includes eating.  Researchers at the University of Birmingham discovered that people who were distracted while eating a snack ate more snack food afterward than those who were paying attention – most didn’t even remember all of what they ate!!

A study from the University of Rhode Island discovered that those who ate slowly ate 1/3 less than those who ate fast.  Your stomach takes 20 minutes to tell your mind that you’re full. Every meal should take you at least 20 minutes to finish.
So Take your time to finish each meal.

Not Getting Enough Sleep

Sleep helps you avoid extra weights. Researchers at the University of Turin calculated that for every hour a person sleeps, their chances of becoming obese dropped by 30 percent. “A lack of sleep leads to weight gain over time,” says Dr. Jean-Philippe Chaput, assistant professor at the University of Ottawa, and scientist at the Children’s Hospital of Eastern Ontario (CHEO). Sleep is a huge factor in maintaining a healthy weight because people with a sleep deficit eat more and move less.

It looks like skipping a meal or two would mean fewer calories consumed in a day. And after all, taking in fewer calories than you burn is the whole goal. Sadly, this practice has been proven to put on, rather than take off, weight. The reason is two-fold.
First, your metabolism slows down when you skip meals, which means it takes hard to burn calories when you do eat. And second, you are much more likely to overeat when you come to the table starving.

The American Journal of Clinical Nutrition found that people who took large bites of food consumed 52% more calories in one sitting than those who took small bites and chewed longer!
So start cut your food into smaller pieces, use a smaller fork or spoon. You grow enjoyment and take longer to eat, which increases your satisfaction.