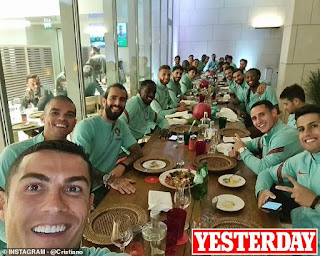 The 35-year-old superstar is asymptomatic but has gone into isolation and will miss Portugal’s match against Sweden on Wednesday.

The news comes just days after the five-time Ballon d’Or winner played for Portugal against France in the Nations League and Spain in an international friendly, meaning that he has come into recent contact with a host of football’s top stars.

There is also concern for his international team-mates after Ronaldo posed for a picture with them just hours before the news was announced, with the former Manchester United and Real Madrid star smiling for a selfie at dinner.

Ronaldo immediately left the national team after returning his positive test and is now a doubt for forthcoming Juventus matches.