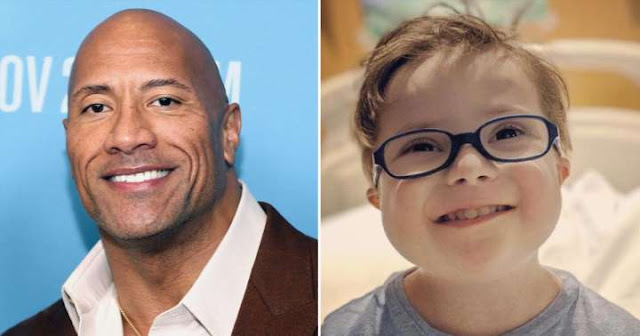 Everyone knows that The Rock is a top fella, and he’s gone and done it again, making a very sick little boy’s day by sending him a personalized video of him singing a song from Disney film Moana.

The Rock is the voice actor for character Maui in the movie, in which he plays a Polynesian god – who happens to be a particular favorite of 3-year-old Hyrum. 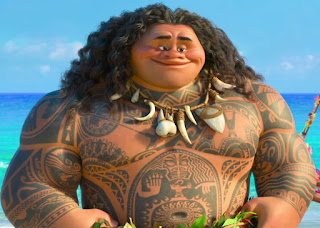 He posted the video on Instagram with the caption: “This request came across my desk and punched me in the gut a bit.
“There’s a little 3-year-old boy out there named Hyrum. Diagnosed with acute lymphoblastic leukemia which is complicated by Down Syndrome. In the fight of his life right now and doing his best to stay strong – by watching MOANA up to 10xs a day because the character he loves, MAUI makes him feel strong.
“According to Hyrum’s mama, his most important thing to say now is, I STRONG. Yes, you are a big man. Yes, you are. Hyrum, I know I’m a complete stranger to you – who sounds a lot like your hero, MAUI (only with a very large head), but myself along with millions of other strangers who will watch this video are sending you so much love, strength, and mana your way.
“I STRONG. Love, the Rock aka the dude who sounds a lot like Maui.”
Johnson’s friend, Ryan Reynolds commented on the video, saying: “This is the good work, D.”
The love for little Hyrum poured in on The Rock’s comments and the boy’s mum posted a touching response to Dwayne’s video on Facebook, which he also shared.
He wrote the caption: “Update from the video I posted. Look at this lil’ boy, Hyrum’s face. That’s some joy real right there. Thank you to the person who wrote this beautiful note.
“You’re absolutely right – joy and hope cost nothing and yet, is the most powerful gift we can give. That’s the real magic to life.”
The boy’s mum is ‘blown away’ by the support from Dwayne and all his fans, saying it’s helped Hyrum in what is the ‘fight of his life’.
She wrote on Facebook: “He’s watched Moana over and over. It’s what he does on his hardest days. He watched the video from Dwayne again… while watching Moana.
Source: ladbible.com
Download WordPress Themes Free
Download Best WordPress Themes Free Download
Download Premium WordPress Themes Free
Download WordPress Themes Free
ZG93bmxvYWQgbHluZGEgY291cnNlIGZyZWU=
download lenevo firmware
Download Best WordPress Themes Free Download