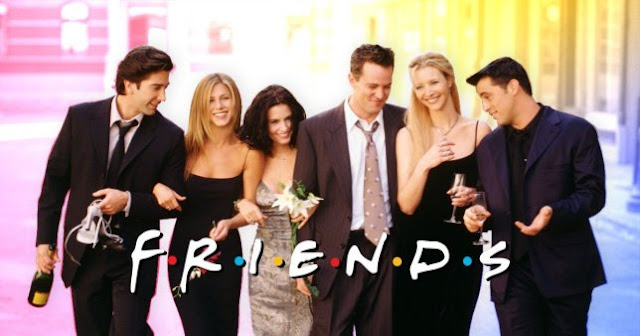 As mega-hit Friends continues to celebrate its 25th anniversary, sources tell The Hollywood Reporter that the six core stars and the creators of the NBC comedy from Warner Bros. TV are in talks to reunite on HBO Max.

Talks are currently underway for an unscripted reunion special that would feature Jennifer Aniston, Courteney Cox, Lisa Kudrow, Matt LeBlanc, Matthew Perry and David Schwimmer, as well as series creators David Crane and Marta Kauffman. Sources caution that a deal is far from done and agreements with cast and creatives still need to be hammered out. When and if deals are completed, the challenge then becomes sorting out everyone’s schedules. Of course, the talks could fizzle and the whole concept could fall apart.

News of a reunion special arrives as Friends has found new audiences at its streaming home on Netflix. The series is officially leaving the streamer at year’s end and will make its debut on WarnerMedia-backed HBO Max when that $15 monthly subscription platform launches at a date to be determined. Sources say WarnerMedia paid $85 million per year for five years ($425 million) to reclaim streaming rights to Friends for its own platform. (Netflix, for its part, paid $80 million to $100 million to keep Friends on its service for 2019 and was ultimately outbid by WarnerMedia.)

Sources note that WarnerMedia Entertainment and direct-to-consumer chairman Bob Greenblatt has been the driving force pushing for the Friends reunion, which would pair well with HBO Max’s debut and the comedy’s new streaming home. Sources say that the cast is willing to do it is an accomplishment in and of itself.

The cast and creators, for their part, have remained steadfast over the years since the series wrapped its 10-season run that they would not do any sort of scripted revival. NBC staged a mini-Friends reunion in 2016 as part of a special honoring legendary director and producer James Burrows. Five of the six stars — save for Perry — participated in the look back that also featured the casts of Will & Grace, Cheers, and The Big Bang Theory.

For her part, Aniston on Oct. 27 shot down a word of a Friends reboot (with a flat-out “no”) but did tell daytime host Ellen DeGeneres, “We would love for there to be something, but we don’t know what that something is. So we’re just trying. We’re working on something.”

Aniston returned to television with the Nov. 1 premiere of Apple TV+’s The Morning Show. The drama marks her first TV series regular role since she wrapped Friends. (On The Morning Show, Aniston stars opposite her Friends onscreen sister, Reese Witherspoon.) The actress also recently joined Instagram by posting a recent photo of her reuniting with her Friends co-stars.

Friends producer Warner Bros. TV has been busy with a series of events to celebrate the show’s 25th anniversary this year, with replica couches placed at landmarks across the globe, pop-ups of Central Perk, special theatrical screenings of beloved episodes and more.

A Friends reunion would immediately provide the kind of must-see TV that an upstart streaming service like HBO Max would want. Disney, for example, on Tuesday launched its streaming service with its highly anticipated Star Wars scripted drama The Mandalorian.