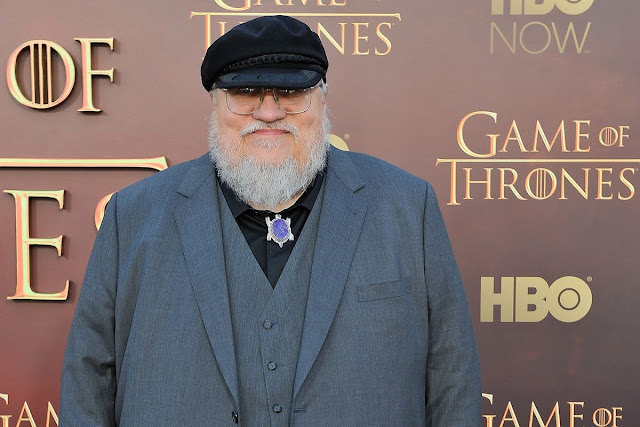 Game of Thrones creator George RR Martin has said the decisive finale wasn’t ‘completely faithful’ to his vision and that at times he found the jump from page to screen ‘traumatic’.
Martin opened up about the ‘conflict’ involved when he was working with the show’s producers.
He told the Fast Company: “It can be… traumatic. Because sometimes their creative vision and your creative vision don’t match, and you get the famous creative differences thing – that leads to a lot of conflicts.
“The series has been… not completely faithful. Otherwise, it would have to run another five seasons.
“You get totally extraneous things like the studio or the network weighing in, and they have some particular thing that has nothing to do with the story, but relates to ‘Well this character has a very high Q Rating so let’s give him a lot more stuff to do.'”
The last season left many fans fuming, so much so that a petition demanding: ‘Remake Game of Thrones Season 8 with competent writers’ picked up more than 1.7 million signatures.
The petition description reads: “David Benioff and D.B. Weiss have proven themselves to be woefully incompetent writers when they have no source material (i.e. the books) to fall back on.
“This series deserves a final season that makes sense. Subvert my expectations and make it happen, HBO!”
However, it wasn’t long before the show’s stars hit back.
Jon Snow actor Kit Harington lashed out at those who slated the show in an interview with Esquire.
He told the news outlet: “How I feel about the show right now is quite defiant.
“I think no matter what anyone thinks about this season – and I don’t mean to sound mean about critics here – but whatever critic spends half an hour writing about this season and makes their [negative] judgment on it, in my head, they can go f*** themselves.
“I know how much work was put into this. I know how much people cared about this. I know how much pressure people put on themselves and I know how many sleepless nights working or otherwise people had on this show.
“Because they cared about it so much. Because they cared about the characters. Because they cared about the story. Because they cared about not letting people down.”
While Sophie Turner, who played Sansa Stark, called the petition and those who backed it ‘disrespectful’.