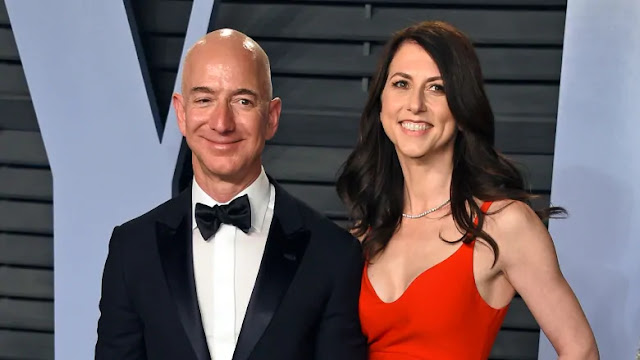 Jeff and MacKenzie Bezos divorced after 25 years of marriage

After 25 Year of marriage Jeff Bezos and his wife, MacKenzie, are divorcing, And that Marriage  played a role in the creation of an e-commerce company that made Bezos one of the world’s wealthiest people.

AMAZON CEO ,Bezos, and MacKenzie, met and got married while working at D.E. Shaw, a New York-based hedge fund, in the early 90s. Shortly after, they packed up and moved across the country to Seattle, where Bezos launched Amazon , And They have four children.
The decision to divorce comes after a trial separation, according to a statement posted Wednesday on Jeff Bezos’ Twitter account. He and his wife both signed the announcement, which ended with a vow to remain “cherished friends.”
Bezos is now the world’s richest person, with an estimated net worth of $137 billion, according to the Bloomberg Billionaires Index. That means this divorce could end up being very costly.
The couple said they looked forward to continuing working together as “parents, friends, partners in ventures and projects, and as individuals pursuing ventures and adventures.” 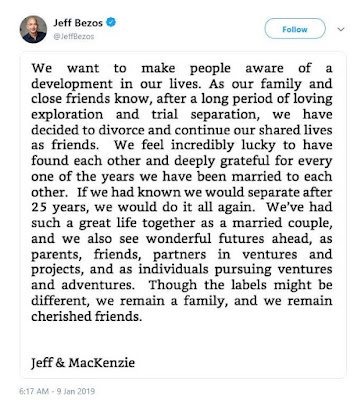