Las Vegas is a city with a lot of interesting trivia. Las Vegas is designed to keep you entertained, satisfied, and distracted from the real world outside its glittering borders. This is the real American city full of Restaurants, Shopping Streets, Nightlife, and Entertainment.

Here are A few things you probably didn’t know about downtown Las Vegas:

Gambling Capital Of The World!

Nevada authorized gambling in 1931, and Vegas became home to world-class casinos, which widely popularized the nightlife of the city. The business grew so well that Las Vegas became the gambling capital of the world in less than a decade.

The Brightest Place From Outer Space! 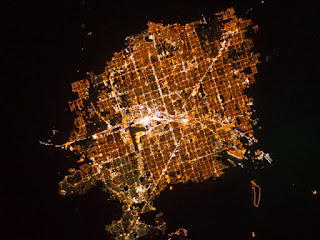 The Las Vegas Strip is the brightest spot on the Earth when looked at from outer space.

Hotels in Las Vegas are always getting bigger and more lavish. In the mid-1970s Las Vegas had about 35,000 rooms, but at the last count there were almost 150,000 hotel rooms in Las Vegas.

over 39 million visitors per year And 87 percent of visitors end up gambling during their stay.

A 25 year old software engineer visiting Las Vegas put $100 in a slot machine at the Excalibur and ended up winning $39 million. This was the largest sum ever won on the Las Vegas slots and the odds were stacked at 1 in 16.7 million. He definitely got lucky that night.

The Marriage Capital of the World

The Nevada nuclear testing grounds are close enough to Las Vegas that several mushroom clouds were visible from Vegas in the 50s. People in Vegas actually treated the explosions as a giant fireworks display. There is an atomic testing museum at 755 East Flamingo Rd.

The lottery is illegal in Nevada.

Believe it or not, despite being the home of legalized gambling in the United States, the State of Nevada is prevented by law from running a lottery. I guess the casinos don’t like competition.