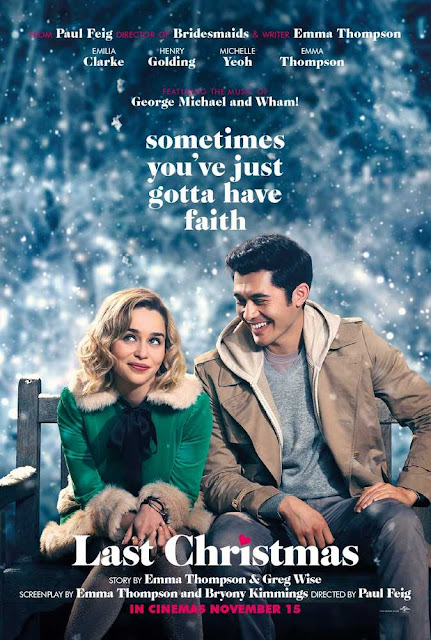 Clarke, last seen as Daenerys in HBO’s “Game of Thrones,” plays Kate,, a young woman who has struggled with her health and seems unable to stop making bad decisions. Her last date with disaster? That of having accepted to work as Santa’s elf for a department store. However, that’s where she meets Tom (Crazy Rich Asians’ Golding). Her life takes a new turn, and for Kate, it seems too good to be true. Can she navigate this surprising new romance?

When the first trailer released last month, fans went wild with speculation about Golding’s mysterious character because he was never seen interacting with anyone else. Some guessed he was a ghost, perhaps even the spirit of the heart donor who gave Kate a new organ, thus giving the film a direct connection to the lyrics of the song and explaining the medical crisis.
But filmmaker Paul Feig told Radio Times that the fan theories were wrong.

Open Next Page To Watch The Film Trailer