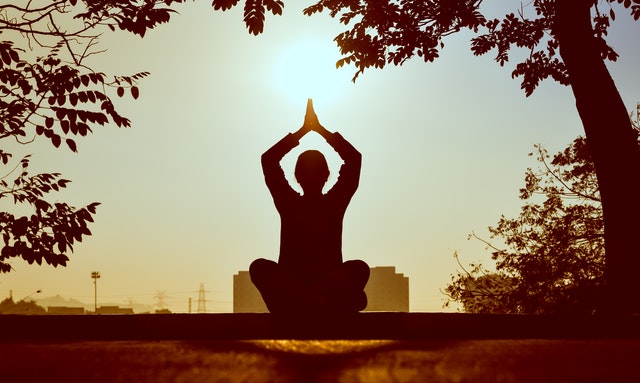 Content:
What is yoga?
History of yoga?
Yoga Benefits?
Things You Need For Yoga?
In more recent years, Yoga has become popular as a kind of physical exercise based upon poses that promote improved control of the mind and body and improve well-being.
There are different types of Yoga and many disciplines within the practice. Explores in This article the history, benefits, of yoga.

The term yoga, from the Sanskrit word Yuj, means to yoke or bind, and is usually interpreted as “union” or a way of discipline.
Yoga may be a group of physical, mental, and spiritual practices or disciplines which started in ancient India. Yoga is one of the 6 Āstika schools of Hindu philosophical traditions.
Male yoga practitioners are known as “Yogis”, and female yoga practitioners are called “Yoginis”.

First thing you should know, there is no written record of the inventor of yoga.
Yoga is mentioned in the Rigveda (The Rigveda is an ancient Indian collection of Vedic Sanskrit hymns.) and also referenced in the Upanishads (the Upanishads are ancient Sanskrit texts of spiritual teaching and ideas of Hinduism ). Although, yoga most likely developed as a systematic study around the 5th and 6th centuries BCE, in ancient India’s ascetic and śramaṇa movements. The chronology of earliest texts describing yoga-practices is unclear, varyingly credited to the Upanishads. The Yoga Sutras of Patanjali date from the 2nd century BCE, and gained prominence in the west in the 20th century after being first introduced by Swami Vivekananda. Hatha yoga texts began to emerge sometime between the 9th and 11th centuries with origins in tantra.
And The practice of yoga has been estimated to date back to pre-Vedic Indian traditions; possibly in the Indus valley civilization around 3000 BCE.
Yoga is well recognized for its poses, but they were not an important part of original yoga traditions in India. Fitness was not a primary goal. Practitioners and followers of yogic tradition focused instead on other practices, like expanding spiritual energy by using breathing techniques and mental focus.

if you are Looking for reasons to try yoga? Good, You are in the right place, we have some benefits to rolling out the mat and start participant Yoga

Here are some benefits of yoga :

Things You Need For Yoga?

A Good Water Bottle.
Soft and Comfortable, Breathable Clothing.
Your Own Mat.
A Mat Towel.
Get the Right Fit.
Use Fitness or Yoga-Specific Clothes.
Don’t Stress!.
A Mat Towel.