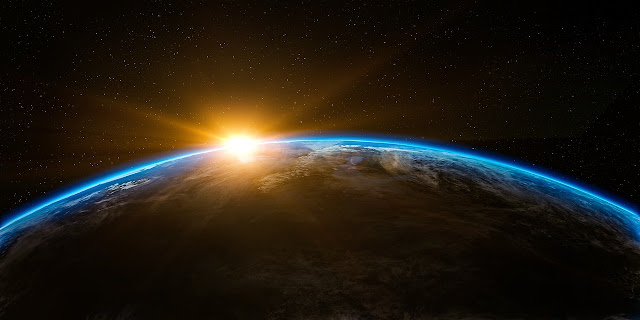 Compiled and edited (and color graded, denoised, deflickered, stabilized) by Bruce W. Berry Jr, all of 4K video and time-lapse sequences were taken by the astronauts onboard the ISS (NASA/ESA). In the video description on Vimeo, Bruce adds:
Some interesting facts about the ISS: The ISS maintains an orbit above the earth with an altitude of between 330 and 435 km (205 and 270 miles). The ISS completes 15.54 orbits per day around the earth and travels at a speed of 27,600 km/h; 17,100 mph).
The yellow line that you see over the earth is Airglow/Nightglow. Airglow/Nightglow is a layer of nighttime light emissions caused by chemical reactions high in Earth’s atmosphere. A variety of reactions involving oxygen, sodium, ozone, and nitrogen result in the production of a very faint amount of light (Keck A and Miller S et al. 2013).
The World Below: Time-Lapse | Earth 2 from Bruce W. Berry Jr on Vimeo.
Free Download WordPress Themes
Download Premium WordPress Themes Free
Download Premium WordPress Themes Free
Download WordPress Themes
free online course
download xiomi firmware
Download Best WordPress Themes Free Download