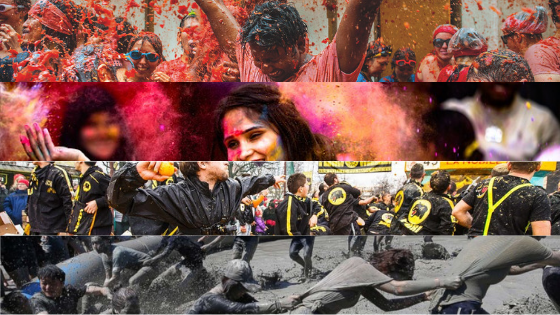 There are two types of festivals, a festival where you can have a great time can dance, listen to great music, celebrate, party, have fun, and relax.
And a festival where you can smash a stranger with a pillow or hurl a squashed tomato into someone’s face without being fined and more, These events drag millions of people, and in some cases, these battles are not only full of fun but also full of messiness.

Bastion News presents to you some of these insane festivals : 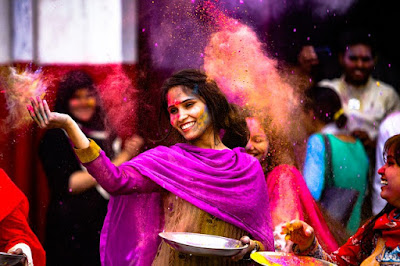 Holi marks the arrival of spring. It is also known as the festival of colors since people throw the colorful powder at each other. And Every color has its own meaning. 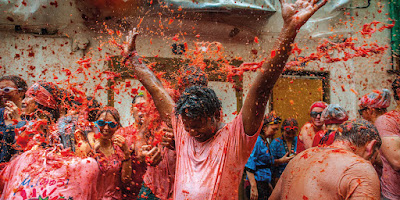 La Tomatina is a festival that is held in the Valencian town of Buñol, in the East of Spain 30 kilometers (19 mi) from the Mediterranean, in which participants throw tomatoes and get involved in a tomato fight purely for entertainment purposes. 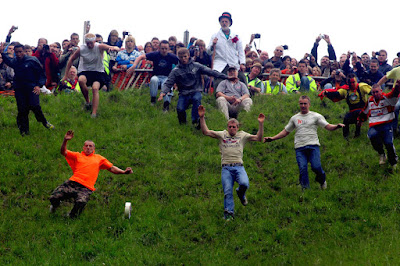 The Cooper’s Hill Cheese-Rolling and Wake is an annual event held on the Spring Bank Holiday at Cooper’s Hill, near Gloucester in England. It was traditionally held by and for the people who live in the local village of Brockworth, Gloucestershire, but now people from all over the world take part. The Guardian newspaper called it a “world-famous event”, 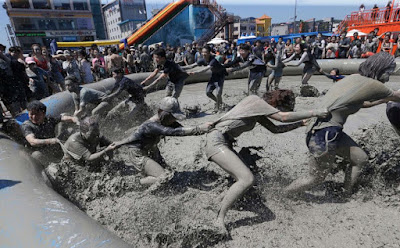 The Boryeong Mud Festival is an annual festival which takes place during the summer in Boryeong, a town around 200 km south of Seoul, South Korea. The first Mud Festival was staged in 1998 and, by 2007, the festival attracted 2.2 million visitors to Boryeong. 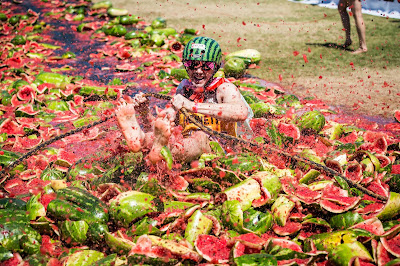 There are a lot of different activities you can take part in during this fest. There is also a melon weigh-in competition, where you can bring the biggest melon you were able to grow. The current record is about 220 pounds.

Battle of the Oranges, Italy : 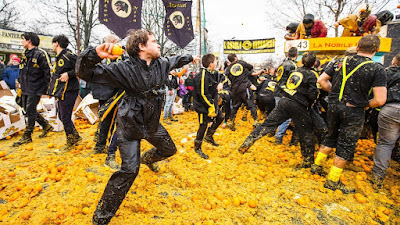 The Battle of the Oranges is a festival in the Northern Italian city of Ivrea, which includes a tradition of throwing of oranges between organized groups. It is the largest food fight in Italy.