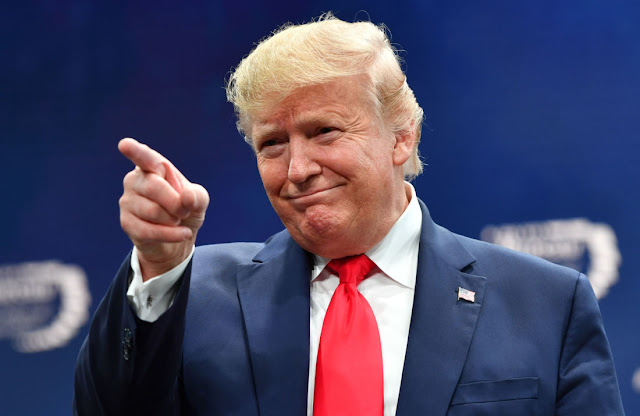 The editorial boards of The Washington Post and The New York Times on Wednesday issued searing responses to the GOP-controlled Senate’s vote to acquit Donald Trump on impeachment charges, warning the president may now feel empowered to act however he wants.
The Post, in an editorial titled “It’s not over. Congress must continue to hold Trump accountable,” predicted Trump would take his acquittal “as vindication and license for further improper actions.”
“That makes it incumbent upon responsible members of Congress, Republicans and Democrats alike, to do what they can to protect the integrity of the November election, as well as that of the Constitution,” the newspaper’s board wrote.
Given how Trump “has said he would accept dirt on an opponent if it were offered by a foreign government,” the Post’s said there is “no reason to believe that Russia, Saudi Arabia and other authoritarian regimes favored by Mr. Trump won’t try to help his campaign, as Russia did in 2016.”
“If evidence of such interference or other wrongdoing emerges, Congress must not hesitate to pursue
it,” the Post continued.
“Mr. Trump’s supporters crow that the impeachment investigation backfired politically, boosting the president’s poll ratings. Even if that is true, it must not deter Congress from holding the president to account,” the Post’s editorial concluded. “The lesson of the Ukraine affair must not be that there is no remedy for a president who would use his powers to undermine U.S. democracy.”
The Times editorial board, meanwhile, suggested Trump can now “do whatever it takes to win re-election, and the Republican Party will have his back.” It described the Senate impeachment trial of Trump, under the guidance of Senate Majority Leader Mitch McConnell (R-Ky.) who successfully blocked witnesses from testifying, as “a joke at the Constitution’s expense.”
“It did illustrate, however, how beholden Republicans are to Mr. Trump and his destructive approach to leadership,” it added. “In that sense, the trial provided an important service to Americans, clarifying the stakes in the coming election.”
The Times argued the 2020 presidential election “is a critical opportunity to defend the Republic through the straightforward expedient of voting Mr. Trump from office and thereby issuing an essential rebuke to the leaders of today’s Republican Party.”
Source : 1
Download Best WordPress Themes Free Download
Download WordPress Themes
Download WordPress Themes
Free Download WordPress Themes
free online course
download karbonn firmware
Download Nulled WordPress Themes